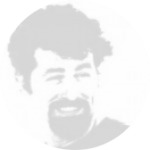 As a little child Fabrizio was intrigued by movies. His dream was acting but watching his father filming and editing some home movies he realised that the entire filmmaking was really stimulating for his childish fantasy.

As result after finishing his studies he joined a production group and learned the fine art of editing becoming the youngest editor in Italy. In the mean while he attended for 3 years an acting and improvisation school leads by R. Gordon from Actors Studio of New York.  Here he tastes the flavor of directing himself and others and here he realizes his real passion:  being behind the camera.

He has worked extensively all over the world and his clients include Coca-Cola, Vodafone, Toyota, Sony, Samsung, Telecom, Siemens, Renault, Mastercard, Kraft, Molson Coors, SABMiller… amongst others.